As you may have noticed, I have not been at my computer for several months. Here is an update on my health: In March I began my fourth kind of chemo.  I did two rounds and then my oncologist decided that it was not working. As you can well imagine the feelings that went through me when the doctor said this was the last chemo option. And after a moment he suggested to try radiation.  Our radiation oncologist seemed quite optimistic that it could be treated. And so I begin radiation in the abdominal area this coming Thursday, June 25.

We did fit in six days of camping at Cultus Lake since I had a week without appointments.  It was a relaxing time with a few friends stopping in for short visits.

Thanks for all the cards, emails, and phone calls. I appreciate them even though I do not respond.

Lots of love to you from us,
Hilda and Peter 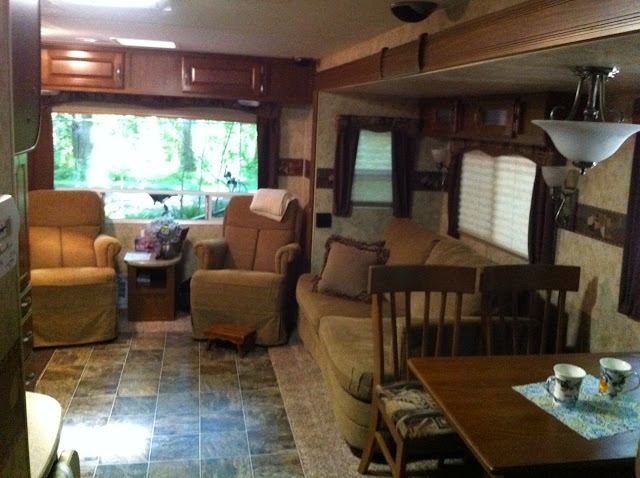 Hilda
Fraser Valley, BC, Canada
Welcome. Bienvenidos. Willkommen. Bienvenue. Bienvenuto. Welkom. Zdra-stvu-eetee. Merhaba. Ahhh, so very nice that you have stopped by. And now that you are here, relax. Don’t be in a hurry. Let me take you on a journey that always begins at home and ends at home. My journey will take you around the valley, mostly on sunny days, because I am a “fair weather” traveler. No point in getting my PEDEGO dirty! What you will soon discover is that we are surrounded by loveliness, and beauty like this should not be taken for granted, which is what I did until we moved to this area twenty-one years ago. Perhaps it took me a long time to realize that, because of my “city girl roots.” Don’t forget, I was born and raised in Buenos Aires, Argentina. So get out your imaginary bike, paint it whatever colour you would like, or, take a seat in my brown basket, and...“Let’s go!” “Vamos amigos!” Just checking, “Did you put your helmet on?” Yes, I know what your thinking, “Easy for her to do with her hair so short!” No, no “helmet hair” for me, and I agree, “Hair is everything.” But you wouldn’t want to miss the ride now, would you?